And He has made from one blood every nation of men to dwell on all the face of the earth, and has determined their preappointed times and the boundaries of their dwellings. Acts 17:26 NKJV

When you understand ancient biblical life and the culture in which Scripture was written you can more easily see how it applied to life then and how it applies to life today.

Ancient Health Practices:
1. Although there was no theory of communicable diseases, the isolation of the leper looks very much like quarantine (Lev. 13:45). The modern disease called leprosy is a particular infection called technically Hansen’s disease. Its symptoms are different from the leprosy mentioned in the Bible.

2. Balm is a kind of resin taken from trees by cutting the bark. It was used as a perfume and was considered effective as a medicine (Jer. 51:8). Although Gilead is mentioned together with balm (Jer. 8:22; 46:11), the substance was not produced in Gilead. It may have been transported through Gilead or sold there. Ancient pharmaceuticals consisted mainly of plant products recommended by tradition.

Ancient Food Practices:
3. The salt used in ancient times was not refined, and there was always some proportion of chemicals present in addition to sodium chloride. If the fraction useful for flavoring food was leached away be dampness, what remained was without value. It was sometimes strewn on paths like gravel, since it was “then good for nothing” (Matt. 5:13).

4. The custom of eating while reclining seems to have come from Palestine from the East. People ate from common dishes on a low table as they reclined on large couches. The banquets of the rich included musicians, fine foods, and perfumes for the guests. Ivory inlays decorated the wooden parts of luxurious furniture (Amos 6:4). Examples of such inlay survive, showing how it was carved by artisans.

5. Fasting appears in the Bible as a natural expression of feeling of distress, sorrow, and guilt (Deut. 9:18). It does not play a large part in the Law of Moses, where only one mandatory fast is found – on the Day of Atonement (Lev. 16:29-31). The apostle Paul called this day “the Fast” (Acts 27:9).

Ancient Marriage & Family:
6. Jewish people regarded marriage as the natural duty of men and women. In line with Jewish tradition, Paul suggested that a person should marry in order to avoid sexual immorality (1 Cor. 7:9). The apostle also understood marriage and celibacy to be gifts of God (7:7). When he advocated remaining single (7:8), he was conscious of people’s usual expectation that adult men, and especially religious leaders, would marry.

A Marriage was a union of two families, not just of two people. The formalities and celebrations could continue for several days, or even into the night. Jesus told a parable of a midnight procession that took place during wedding festivities (Matt. 25:1-6). One could never know exactly when someone would return from a wedding feast (Luke 12:36).

7. The status of women in the ancient world was not the same in every culture. For example, Roman women were more independent than Greek women. The Book of Proverbs describes the “virtuous wife” (Prov. 31:10) as a woman who has authority over her household economy and is free to do many different things. She is industrious (31:13-15) and resourceful (31:16-19).

Ancient Fashion & Clothing:
8. Sandals were such personal items that they symbolically represented their owner in some legal transactions. In one type of business transaction, removal of the sandal confirmed an exchange of buying and selling. Such an exchange could even include the acquisition of a wife (Ruth 4:7-10).

9. Ancient societies did not change their fashion of clothing every year. Certain garments and styles could persist for generations. At the same time, there was room for people to exercise vanity and to advertise their rank in society (James 2:2). Rings and other items of jewelry clearly had such functions.

10.A wedding party was a substantial, almost public affair. Guests wore their best clothes as participants in an important ritual of the social order. A person who attended without being properly dressed proclaimed indifference, not so much to the one holding the party, but to the people of the village and their common interests. Jesus’ hearers would sense the dishonor of a guest lacking the appropriate wedding garment (Matt. 22:11).

Ancient Music & Literature:
11. Traditionally riddles were important tests of someone’s wisdom, insight, and skill. In some cases a riddle was offered as a test whose outcome was of far-reaching importance, if not life and death. Although Samson was marrying a Philistine woman, relations between Israelites and Philistines were strained. The Philistines were serious about finding the answer to Samson’s riddle (Judg. 14:14).

13. Ministers today often use sermon illustrations to help their hearers understand a sermon’s point. In the same way, ancient Jewish teachers often told stories to illustrate whatever moral principle they were trying to communicate. Sometimes these parables had one central point. In other cases, such as Jesus’ parable of the sower and the four soils (Mark 4:2-8), parables included several points of comparisons. Because Jewish parables were usually stories, we understand Jesus’ parables best when we consider them as stories. 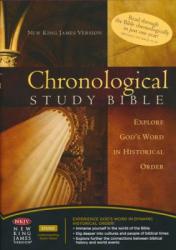