So he answered and said, “ ‘You shall love the Lord your God with all your heart, with all your soul, with all your strength, and with all your mind,’ and ‘your neighbor as yourself.’” And He said to him, “You have answered rightly; do this and you will live.” But he, wanting to justify himself, said to Jesus, “And who is my neighbor?” Luke 10:27-29 NKJV

But the truth is that Scripture doesn’t let us off that easily. Even if we can’t help every needy person we stumble upon, the lawyer’s restatement of Leviticus 19:18 (Luke 10:27) and Jesus’ response (10:28) make it clear that we do, in fact, have an obligation to anyone in need, including those who seem strange to us.

Jericho, the city named by Jesus in His parable of the Good Samaritan (10:30), is one of the world’s oldest cities, believed to have been inhabited for thousands of years. In Jesus’ day it was notorious as the stomping ground of robbers and thieves, who would set up camp nearby and plunder travelers along the narrow, winding mountain road up to Jerusalem.

Descending through rugged terrain, the route was ideal for ambushes, with plenty of hiding places for bandits and little likelihood of help for their unfortunate victims. When the man in Jesus’ story found himself beaten, bleeding, and naked on the side of the road, no one stopped to assist him, not even a priest who was passing by. Finally, a despised Samaritan came to his aid. He bandaged his wounds, set him on his animal (perhaps a donkey or a camel, though also possibly a horse), took him to an inn, and took care of him, covering all the expenses and promising to cover any future ones.

The story speaks to violent crime, ethnic hostility, and the propensity of religious people to hurry through life doing spiritual things but failing to engage in others’ urgent, practical needs.

The Jewish priest and the Levite excused themselves from assisting the half-dead stranger. But the Samaritan – the good neighbor – went out of his way not only to meet the victims immediate physical needs but also to restore his dignity, make him feel valued, and ensure his continued care by committing to follow up with the innkeeper.

His example invites us to begin seeing the countless victims all around us as not only obligations, but also opportunities to become agents of God’s mercy and love in a hands-on kind of way. How can we follow Jesus’ command to “go and do likewise” (10:37)? 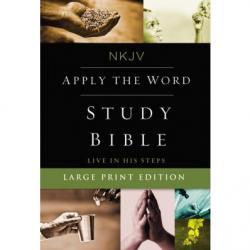