Now after Jesus was born in Bethlehem of Judea in the days of Herod the king, behold, wise men from the East came to Jerusalem, saying, “Where is He who has been born King of the Jews? For we have seen His star in the East and have come to worship Him.”

When Herod the king heard this, he was troubled, and all Jerusalem with him. And when he had gathered all the chief priests and scribes of the people together, he inquired of them where the Christ was to be born.

So they said to him, “In Bethlehem of Judea, for thus it is written by the prophet:

‘But you, Bethlehem, in the land of Judah,
Are not the least among the rulers of Judah;
For out of you shall come a Ruler
Who will shepherd My people Israel.’”

Then Herod, when he had secretly called the wise men, determined from them what time the star appeared. And he sent them to Bethlehem and said, “Go and search carefully for the young Child, and when you have found Him, bring back word to me, that I may come and worship Him also.”

When they heard the king, they departed; and behold, the star which they had seen in the East went before them, till it came and stood over where the young Child was. When they saw the star, they rejoiced with exceedingly great joy. And when they had come into the house, they saw the young Child with Mary His mother, and fell down and worshiped Him. And when they had opened their treasures, they presented gifts to Him: gold, frankincense, and myrrh.
—Matthew 2:1-11

Verse 2:
wise men from the east. These “wise men” would have been of the same class as the “wise men” of Babylon over whom Daniel was made ruler (Dan. 2:48).

to Jerusalem. Contrary to popular belief, the events of chapter two probably took place some months after Jesus’ birth. Herod murdered all the male children age two and under, going by the time the wise men said the star had appeared (and probably leaving a significant margin for error). In addition, it would have been strange for Mary and Joseph to offer the sacrifice of the poor (see Lev. 12:8; Luke 2:24) if the wise men had just given them rich gifts.

Verse 7
Then Herod. This is Herod the Great, who reigned over Palestine for over thirty years. A crafty ruler and lavish builder, Herod had a reign marked by cruelty and bloodshed.

Have you searched for Jesus and found him? Are you responding—like the wise men—with joy, worship, and gifts? Post a comment below! 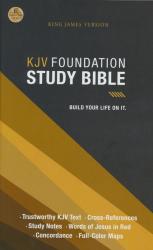 A thorough, portable, and affordable Bible designed with the most essential helps for basic study. Perfect for those who want to take the next step of deeper study into God’s Word.