Key Word: The Revelation of the Coming of Christ

The purposes for which Revelation was written depend to some extent on how the book as a whole is interpreted. Because of its complex imagery and symbolism, Revelation is the most difficult biblical book to interpret, and there are four major alternatives:

(1) The symbolic or idealist view maintains that Revelation is not a predictive prophecy, but a symbolic portrait of the cosmic conflict of spiritual principles.

(2) The preterist view (the Latin word praeter means “past”) maintains that it is a symbolic description of the Roman persecution of the church, emperor worship, and the divine judgment of Rome.

(3) The historicist view approaches Revelation as an allegorical panorama of the history of the (Western) church from the first century to the Second Advent.

(4) The futurist view acknowledges the obvious influence that the first-century conflict between Roman power and the church had upon the themes of this book.

It also accepts the bulk of Revelation (4 – 22) as an inspired look into the time immediately preceding the Second Advent (the “Tribulation,” usually seen as seven years; 6 – 18), and extending from the return of Christ to the creation of the new cosmos (19 – 22).

Advocates of all four interpretive approaches to Revelation agree that it was written to assure the recipients of the ultimate triumph of Christ over all who rise up against Him and His saints. The readers were facing dark times of persecution, and even worse times would follow. Therefore, they needed to be encouraged to persevere by standing firm in Christ in view of God’s plan for the righteous and the wicked. This plan is especially clear in the stirring words of the epilogue (22:6 – 21). The book was also written to challenge complacent Christians to stop compromising with the world. According to futurists, Revelation serves the additional purpose of providing a perspective on end-time events that would have meaning and relevance to the spiritual lives of all succeeding generations of Christians.

“Now I saw heaven opened, and behold, a white horse. And He who sat on him was called Faithful and True, and in righteousness He judges and makes war. His eyes were like a flame of fire, and on His head were many crowns. He had a name written that no one knew except Himself. He was clothed with a robe dipped in blood, and His name is called The Word of God. And the armies in heaven, clothed in fine linen, white and clean, followed Him on white horses. Now out of His mouth goes a sharp sword, that with it He should strike the nations. And He Himself will rule them with a rod of iron. He Himself treads the winepress of the fierceness and wrath of Almighty God” (19:11 – 15).

When the end of history is fully understood, its impact radically affects the present. In Revelation 19 – 22 the plans of God for the last days and for all of eternity are recorded in explicit terms. Careful study of and obedience to them will bring the blessings that are promised (1:3). Uppermost in the mind and deep in the heart should be guarded the words of Jesus, “Behold, I am coming quickly.” 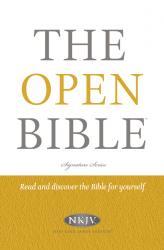 Matthew 15:8-9 8 ‘These people [a]draw near to Me with their mouth, and honor Me with their lips, but their heart is far from Me. 9 and in vain they worship Me, teaching as doctrines the commandments of men.’ ”

I have enjoyed this Bible Study!