On the twenty-third day of the seventh month he sent the people away to their tents, joyful and glad of heart for the good that the Lord had done for David, for Solomon, and for His people Israel. 2 Chronicles 7:10 NKJV

Sameach: The joy the people felt was more than just a spontaneous subjective emotion – it was rooted very concretely in all “that the LORD had done for David, Solomon, and for His people Israel.” Indeed, the Feast of Tabernacles was intended as a time of rejoicing for all the ways the Lord had blessed His people (Deut. 16:15). The people were filled with “great joy” at Solomon’s coronation (1 Kin. 1:40). Haman’s joy at his plot to kill Mordecai (Esth. 5:9, 14) backfired when he was executed instead, “and the city of Shushan rejoiced and was glad” (Esth. 8:15). But more often, joy is connected directly to God: “The Lord has done great things for us, and we are glad.” (Ps. 126:3).

Which Hebrew word would you use to describe the joy you feel about the Lord Jesus? 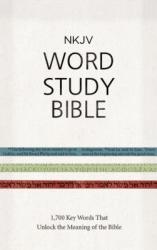 Awesome the power of God.

The abbreviation cf. (short for the Latin: confer/conferatur, both meaning “compare”) is used in writing to refer the reader to other material to make a comparison with the topic being discussed.

As a jail chaplain, I want to share this Bible study with 8 groups of inmates that God has given me to encourage them in their walk with the Lord, but I need to know what cf. stands for. Thanks for your help.
Chaplain Judy
Lake County Jail
Waukegan, Illinois