And Ruth the Moabite said to Naomi, “Let me go to the fields and pick up the leftover grain behind anyone in whose eyes I find favor.” Naomi said to her, “Go ahead, my daughter.” So she went out, entered a field and began to glean behind the harvesters. As it turned out, she was working in a field belonging to Boaz, who was from the clan of Elimelek.
—Ruth 2:2-3, NIV

In ancient Israel, God instituted the practice of gleaning as a way to feed the poor. A farmer would leave some of his crop in the fields, and afterward the poor (the fatherless, widows, foreigners) would gather the leftover crops for their own sustenance.*

Vineyards, as well as fields of grain, were to be available for gleaning (see Leviticus 19:10; Deuteronomy 24:20 – 21). The most well-known example of gleaning is found in the book of Ruth. To feed herself and her mother-in-law, Ruth “went out, entered a field and began to glean behind the harvesters . . .” (2:3).

Gleaning was a command by God for those with productive resources to leave something extra so that the poor, through their own labor, could provide for themselves. Although the practice is no longer required for Christians, it provides an example that can be applied to the stewardship of our own resources.

1. Leave some work for others — We no longer live in a society dominated by agriculture. Instead of working to create produce, most of us use our labor to produce goods and services in exchange for money. Because of our type of economic system, it isn’t always easy to see work we can leave for others. But by thinking creatively, we can often find a way to let the poor use their own labor to provide for their own needs. For example, while we might be capable of mowing our own lawn or cleaning our own home, paying someone less fortunate to do the work can be a viable way of applying the gleaning principle.

2. Gleaning is better than a handout — You might ask, rather than pay someone to do work for us, why not just give them the money? Direct contributions can be a valid and efficient form of charity. But giving someone a handout deprives them of the value and dignity that can be gained from working and earning an income. God could have commanded landowners to simply collect the crops and give them to the poor; instead, he protected the dignity of the poor by requiring them to contribute their own labor.

PRACTICAL TAKEAWAY: The Biblical practice of gleaning can be a model for how to combine stewardship and charity.

How can you apply the gleaning principle? Is there work you may be able to offer someone? Post a comment below! 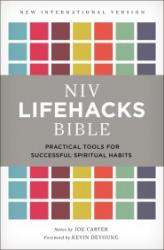