“Let them know that you, whose name is the LORD—that you alone are the Most High over all the earth.”
—Psalm 83:18

As human words to and about God, the psalms instruct us in myriad ways about how to worship God. They teach us how to sing, dance, rejoice, give thanks, confess sin, grieve, express anger, make requests of God, proclaim God’s name far and wide, and much more. They are a rich resource both for individual and corporate use.

As God’s Word to us, the book of Psalms engages almost all of the great themes of the Bible. Beginning with the introductory Psalms 1–2, the Psalter lays out the two ways (that of the righteous versus that of the wicked), the importance of relying on God and his Word, God’s sovereignty and rule over all people and nations (and his attendant concern for them), the interplay between divine and human kingship, and God as a place of refuge for all.

The Psalter’s overarching theme celebrates God’s sovereign rule as the great King over all things. The climactic declaration is that “the LORD reigns.” God rules over creation itself and over all nations and people groups — including his own chosen people Israel — down to each individual person. He is a good God: holy, loving, merciful, protective of his people, faithful, a keeper of promises, a giver of good gifts. He is a just God: vindicating his people, punishing evil, caring for the marginalized. He is a great and powerful God: the Creator and Sustainer of all things, mightier than any god humans can conjure up, more powerful than all the nations and armies of the world.

As the sovereign King, God asserts his control over the most powerful forces in nature. He proclaims his authority over all the false gods of the nations, gods that were such a temptation for his own people time and time again. He opposes the wicked, whether individuals (e.g., 1:4 – 6) or nations (e.g., Psalm 2), and will mete out justice for their wickedness. He protects the vulnerable in society — the widow, the fatherless, the outsider, and the poor — and expects his representatives on earth to carry out this mission.

God’s plan for the nations is that his people Israel be a testimony to them, causing them to turn to God; it is an inclusive vision that shows God’s desire for all peoples to know him. God chose Jerusalem (i.e., Mount Zion) to be the earthly “capital” of God’s kingdom; this was the site of the temple, which was God’s dwelling place on the earth. He anointed David and his descendants to be his royal representatives on earth — his vice­regents — and so the Davidic kings had great responsibility for leading the nation in following the Lord and defending the cause of justice in society. In all of this, God himself is the source of ultimate refuge for those who are troubled.

The psalms represent a priceless treasure trove of resources for relating to God in all circumstances. They instruct us in how to live, and they teach us great truths about God the great King, his sovereign rule over all things, and his plan for reconciling the world to himself through his Son Jesus, the Christ.

Do you have a favorite Psalm?

This excerpt is drawn from the Book Introduction to the Psalms in the NIV Zondervan Study Bible. 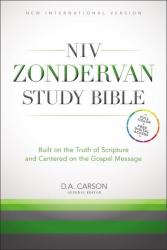 “For God so loved the world”… His love and goodness are boundless. When I returned home from Vietnam as a disabled veteran, I was in much pain for many years. Many times, I would take enough pain med’s to knock me out and when I awoke my body would be extremely sore inside and out from the ordeal. Not long ago, I had a chance to share my thoughts and experiences with a fellow Veteran and show to him in the Word of God, some basic scriptures concerning suffering and also the blessing that comes from it. Later, he replied to my email that he was no longer thinking the thoughts as before, but God had shown him that He was not finished with him yet and that he had more to do in this life before he would be called home….. This man has touched my heart and I ask for those who read this post to just pray a short prayer for this man and his family. Also, if you wish to include me, I would only ask that God would grant me knowledge and wisdom, that I can do His will for my life. Today like no other time in history, we all need to memorize 2Tim. 2:15 so that His Mercy, Grace, and goodness (Love) can be realized as never before in this evil world.

God has been extremely good to me, my family, friends, my church members and SFI families.